The Portuguese Government and the Minister of Science, Technology and Higher Education (MCTES) have defined as a priority the commitment of science to the principles and practices of Open Science. In pursuit of this goal, the MCTES published in February 2016 the Guiding Principles for Open Science, which include:

In March 2016, the MCTES was mandated by the Council of Ministers to create an Inter-Ministerial Working Group (WG) with the purpose to present a strategic plan for the implementation of the National Policy for Open Science (PNCA).

This WG includes members from the national scientific and technological system, as well as of other relevant organizations.

The Foundation for Science and Technology (FCT) is the Portuguese public agency that supports science, technology and innovation, in all scientific domains. Its mission includes the development, the funding and the evaluation of institutions, networks, infrastructures, scientific equipment, programs, projects and human resources in all the scientific and technological domains. FCT has also adopted an Open Access policy in line with the European Commission recommendations, and in accordance to other public R&D financing agencies from other countries. In fact, FCT encourages researchers to make data available from R&D projects that are publicly funded in appropriate Open Access databases, whenever possible.

Additionally, FCT recommends that researchers promote and participate in national and international projects that seek the most appropriate forms of data sharing in the different areas of knowledge.

There has been an expansion of the network of repositories of educational and research institutions, an increase in the diversity of e-services and a higher involvement of the scientific community. The project RCAAP – Scientific Open Access Repositories of Portugal is an Open Access initiative that is focused on storage, preservation and access promotion to scientific knowledge produced in Portugal. Through this platform, it is possible to access to innumerous articles from scientific journals, communications, theses and dissertations stored within several Portuguese repositories at national higher education entities and other R&D institutions.

Another important initiative is Research Data Alliance Portugal (RDA-pt), a national RDA node that links Portuguese data management communities to the RDA Working and Interest Groups. This initiative has the goal to disseminate RDA outputs and promote their adoption in Portugal, allowing the Portuguese stakeholders to benefit directly from RDA support mechanisms.

FCT supports research infrastructures of strategic interest that sustain scientific and technological advances and strengthen the capacity of the R&D community in Portugal. To this end, FCT launched in 2013 a call for the creation of the Portuguese Roadmap of Research Infrastructures of Strategic Interest (RNIE), for 2014-2020. This initiative made it possible to map and evaluate national research infrastructures and identify priority areas of national interest. This project enabled Portugal to be integrated in the group of European countries that have produced their national roadmaps, in line with the European Strategic Research Infrastructure Forum (ESFRI).

A total of forty research infrastructures were recommended for integration in the national roadmap and were distributed across seven different areas, as follows: 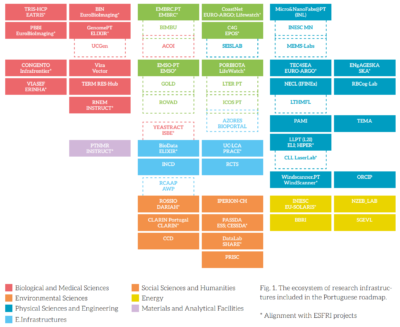 Figure 1 – The ecosystem of research infrastructures integrated in the Portuguese Roadmap.

The generic e-infrastructures included in the national roadmap comprise:

The organizations providing support to the INCD activities are the Laboratory of Instrumentation and Experimental Particle Physics (LIP), the National Laboratory for Civil Engineering (LNEC) and the National Scientific Computing Unit (FCCN), a branch of FCT.

INCD has nodes in Lisbon and Minho, and has also a collaboration with Coimbra Institute of Engineering (ISEC), whose HPC facilities are shared through INCD.

Although several of the thematic infrastructures contain a digital component within their domain of activity, the roadmap also defines one thematic e-infrastructure:

A network of centers will provide support to advanced computing users from research, academia and industry. The network is currently being defined, and is expected to include the above mentioned RNCA providers, plus other entities with relevant expertise. The network of support centers will operate as a national distributed competence center.

The national participation in EuroHPC is an integral part of the strategy and has been strongly boosted by the approval of a PetaScale machine to be deployed at the MACC.

Finally, the strategy also includes the development of advanced computing competences in the country.

Portugal has a long record of participation in international digital infrastructures.

FCT-FCCN is also collaborating with INCD, LNEC and LIP to pilot EUDAT services.

LIP operates the national node (Tier-2) in the CERN WLCG providing advanced computing services to the ATLAS and CMS experiments at the CERN Large Hadron Collider. The Portuguese Tier-2 node in WLCG supports the national participation in these large High Energy Physics experiments and fulfills the national obligations in the context of the Memorandum of Understanding for Collaboration in the Deployment and Exploitation of the WLCG. Although the initial computing model of WLCG was based on grid computing coupled with HTC, the current model is evolving towards encompassing different computing paradigms such as: HTC, cloud and HPC. The participation in WLCG enabled the development of competences that lead to the creation of the INCD infrastructure, where LIP is a key technological partner. INCD delivers a larger set of services to the wider academic and research communities.

Portugal is member of EGI.eu and participates in the EGI Federation, where LIP is the coordinator of the national node that currently integrates computing resources provided by INCD and University of Porto. The EGI services include, among others: federated cloud computing, cloud containers, HTC, distributed workload management, online storage, archive storage and data transfer.

The IBERGRID infrastructure joins Portuguese and Spanish distributed computing and data resources into a regional Iberian infrastructure, enabling a common participation in EGI, WLCG and EOSC, supporting multiple research communities including ESFRIs, High Energy Physics experiments, Astroparticle Physics experiments, life sciences communities and many others. IBERGRID is part of the Iberian bi-lateral agreements in science and technology. The national nodes of the Global Biodiversity Information Facility (GBIF) in Spain and Portugal are also being supported by IBERGRID with the GBIF data nodes being hosted at INCD in Lisbon and Institute of Physics of Cantabria (IFCA) in Santander.

The UC-LCA infrastructure operates an HPC facility and is the national node in PRACE.

There is also a national participation in several ESFRI projects that comprise strong information and communication technology (ICT) and data science.

Portugal has formal collaborations with the following international research infrastructures, organizations and networks:

Portugal is represented in the EOSC Governance Board by a nominee from the MCTES.

The national participation in EOSC related projects include: 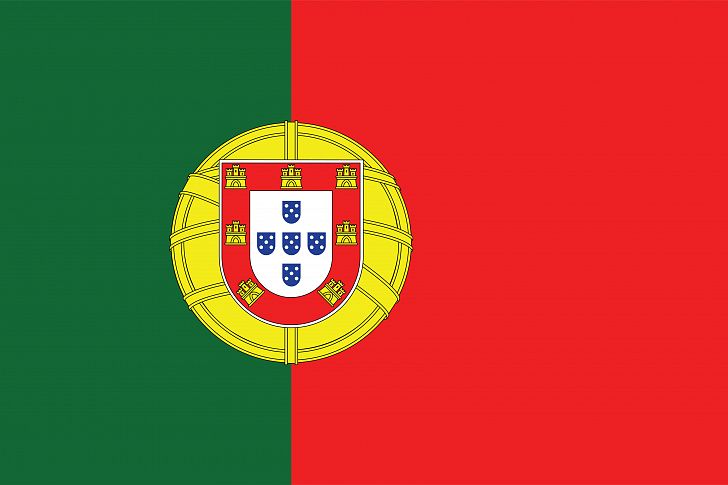